Finalists confirmed for the 2020 Godolphin Stud and Stable Staff Awards

Well done to all the finalists in the 2020 Godolphin Stud and Stable Staff Awards!

From 203 nominations, then a shortlist of ten in each category, the three finalists are now revealed for each of the awards.

The shortlisted nominees and their employers listed by category are as follows:

The finalists will head to London on Monday 24 February where they will be interviewed face-to-face by the judges who will then decide the winners and runners-up.

The results will be revealed later that evening at an awards ceremony at The Underglobe on London’s South Bank, hosted by ITV Racing’s Ed Chamberlin.

Good luck to all the finalists! This is an incredible achievement to get to the final three in each category. 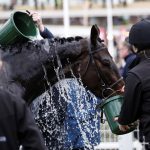