Racing Staff Week is well underway and we recommend heading to Wincanton this weekend!

Preceding the regular seven-race card at 11.00am is the Racing Welfare Charity Race, where the 12 riders will all be competing with the aim of raising funds for Racing Welfare.

The 12 riders taking part in the hands and heels race are;

Having never ridden in a race before, Hannah Roche is excited to experience being the other side of the railings. She said: “I am delighted to have the chance to take part in a charity flat race at Wincanton Racecourse to raise funds for Racing Welfare, a charity which has already helped so many people within the industry.  I have worked for Paul Nicholls for many years and having led up plenty of times at the races, always wondered what it might be like to take part in a race, very lucky to have this opportunity!”

There is also a spectacular Charity Auction in aid of Racing Welfare, with 83 incredible lots available to buy including luxury breaks, mornings on the gallops, sunseeker experiences, VIP racedays and much more. Bidding is now open here.

Racing Welfare is a registered charity supporting the workforce of British horseracing. It offers professional guidance and practical help to all of racing’s people – including stud, stable and racecourse staff, alongside those working in associated professions – whose dedication is vital for the wellbeing of racing. Racing Welfare aims to help people, from recruitment to retirement, to thrive in day-to-day life and through a range of life’s challenges. The charity has never been more needed, providing support to 4,500 individuals from across the industry in 2020 – a staggering 80% increase in the numbers from 2019.

William Woodhams, CEO of headline sponsor Fitzdares, said:  “We are fully committed to supporting UK and Irish racing and all that it encompasses.

“Therefore, we are over the moon to be sponsoring the Fitzdares Racing Welfare Charity race day at Wincanton and supporting this fantastic charity. Courses like Wincanton are what makes Jump racing so special. It is our role as a bookmaker to not only support this fine course but also this fine charity. With the Racing Welfare Charity race as well, it’s going to be a day to remember. Wrap up warm!”

Anyone wishing to add their support to the charity raceday can donate here.

Heading to Wincanton? You can purchase your tickets here. 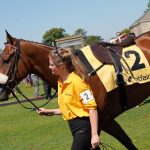 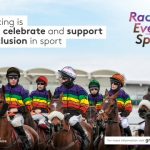 Racing is Everyone’s Sport – Show your support this SaturdayPress Releases